More and more, we’re being flooded by client inquiries about the possibilities of using Artificial Intelligence. While the capabilities and benefits of using AI and machine learning are vast (and growing), this technology should not be positioned as the “magic pill” to solve any and all business problems. But the increased hype serves as a great opportunity to have an open conversation with our clients and help educate them on the advantages of using AI in some specific business cases. Essentially, our clients come to us because they know they want AI, but what they’re really seeking is a simple decision-making engine.

In our previous article “How to Turn Strategy into Success with Digital Transformation”, we briefly touched upon Artificial Intelligence’s ability to help delegate the grunt work and how an organization can capitalize on today’s technology and strategically improve their bottom line. Artificial intelligence (AI) and automation aren’t replacing humans, they’re complementing our soft skills and performing tedious work, like repetitive tasks, analyzing data sets, and handling routine scenarios. Machines amplify our soft skills and collaborate to achieve productivity previously never thought possible. But what is truly possible? Below are The Best, The Worst and The Weirdest examples for the application of Artificial Intelligence and Machine Learning that we’ve witnessed:

Whether you’re looking to automate a simple process, like finding Waldo, or build a robust, complex predictive analytics engine based on big data – the first step is an evaluation to determine what technology is appropriate to meet your business need. Within that solution, AI will likely be part of the solution, whether or not the end user realizes it. But you don’t have to adopt AI just for the sake of it. The focus should remain on how machine learning or artificial intelligence can help to solve a business problem, rather than just showcasing new technology. Discover how Rivers Agile can help you revolutionize your operations through the integration of digital technology in all areas your business, radically improve performance and how you deliver products, services and value to your customers – Contact Us today. 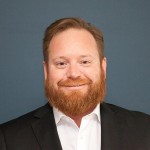