Part III: A Proper Mix of Manual and Automated Testing is the Answer.

Final Installment of “The Myth of 100% QA Automation” Series

In the previous two installments of our series, we looked at the reasons why treating automation as a “silver bullet” is a bad idea, and why using 100% automated testing is simply NOT possible. In this final edition, we’ll examine applications where automation is the right solution and how to continue to add value as a Manual QA Engineer.

We’ve established that for real-time, first pass, functional testing and business validation you need a human involved in the process. But, does that mean all automation is bad? No! There are some very good reasons to employ automation including:

When it comes to automation, consider everything in moderation. Use automation for those areas that it must be used or areas where the payoff is large. But, for basic functional testing – you still need manual quality assurance.

There are a number of situations where due to the pure number of times a test needs re-executed that the return on investment of covering the test with automation makes good sense. Some of the factors include:

There’s a linear relationship between the number of variables (previously stated) and the justification for automation.

Don’t try to be something you’re not. It’s fair to say that your company is not Google, LinkedIn, Facebook, or [fill in any other ad-driven, free for the user, don’t care if it breaks platforms]. Determine your own organizations tolerance for risk and model your testing strategies with that in mind!

Stop trying to emulate rich, IT-employee heavy, tech companies. We can solve many problems by throwing more money at them. Automation often does not solve resource constraints. You likely have a limited budget, so let’s use that budget wisely.

A Proper Mix of Manual and Automated Testing

Here’s a solution we’ve found that works for many companies:

In this ideal pipeline, we have two groups of QA engineers. The first manual testing group is responsible for developing test strategy, writing manual test cases, preparing the test environment, and finding the initial bugs in the application. Once a feature has been tested, and primarily functions, the manual team sets to protect that functionality by developing an Automation Test plan which gets forwarded to the automation team. Regression testing in subsequent sprints is done manually until the automation tests have been created.

In each edition of this article series, we covered a wealth of information about the issues that exist with trying to implement a fully automated quality assurance strategy. Do you still have questions about the ideal software pipeline for automation? We’d be happy to share examples that we’ve found that work for many companies, just like yours. Contact Us today! 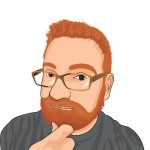